Garrett McGrath, a Staff Engineer in FlightAware's Aviation Insight group, is responsible for the performance, reliability, & observability of multi-machine Hyperfeed & an increasing constellation of services that consume Hyperfeed's output.

Theoretical physics has gifted the popular imagination the intriguing notion of the multiverse: a collection of parallel, divergent universes that together constitute reality[1]. At FlightAware, we have a similar situation with the flights we track. FlightAware’s picture of global flight activity emerges by fusing together information from dozens of disparate data sources. Each of these sources provides distinct tracking data and, crucially for this discussion, each data source can have its own level of confidentiality[2] or visibility. Put simply: not every data source can be seen by everyone. Some data sources, like FlightAware’s network of terrestrial ADS-B receivers, are visible to everyone without exception. But others, like Aireon’s space-based ADS-B data, have a restricted, limited distribution. Having so many data sources is an enormous asset in terms of flight tracking quality, but it also poses a technical problem. How do we track a single flightplan[3] with multiple access levels, restricting privileged data from unauthorized users while preserving the full picture of a flight for those with elevated permissions? FlightAware solves this problem with its version of the multiverse: by maintaining multiple versions of the same flightplan simultaneously. Rather than tracking a single flightplan, FlightAware tracks a family of flightplans in tandem. To achieve this, we employ two core abstractions: provenance and pedigree.

Flight tracking at FlightAware occurs in a program called Hyperfeed, which manages the flightplan multiverse. When processing an input message, Hyperfeed performs several high-level steps. First, it normalizes and validates the data. As part of this data preparation, Hyperfeed assigns every input message a provenance. In Hyperfeed’s domain, a provenance is a textual tag indicating how widely the input data can be shared with FlightAware’s customers. The specific textual tags used are kept internal to FlightAware’s systems; no end user deals directly with provenance. Once the input has been prepared for ingestion and a provenance has been assigned, Hyperfeed consults its current state[4] to find the flightplan for the input message.

If no flightplan can be found, a new one is created. Only considering for now the case where Hyperfeed creates a new flightplan, a key part of flightplan creation is the assignment of a pedigree. Every input message gets a provenance; every flightplan gets a pedigree. A flightplan’s pedigree contains all the provenances used to track it. Initially, a flightplan only has a single provenance in its pedigree, but things get more interesting when additional provenances come into play.

To illustrate this process, let’s consider an example: the addition of two new provenances to a parent flightplan’s pedigree. Initially, our example flightplan has a single fork in its family: the parent fork with a lone provenance, called A, and a pedigree consisting of just that provenance. When an input message with a new provenance of B comes along and gets matched to this flightplan, forking occurs and results in two new members of the flightplan family. The parent flightplan’s pedigree changes at this point from A → A B. Of the two new family members, one child has a pedigree of A, and another child has a pedigree of B. 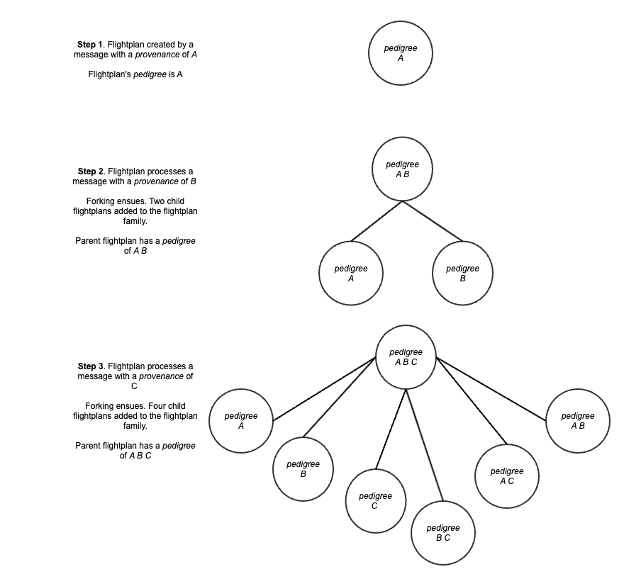 Forking and maintaining the FlightAware multiverse happens within Hyperfeed, but this is only part of the story. The other part is what happens with Hyperfeed’s output, i.e., FlightAware’s picture of global flight activity, which is called controlstream. Controlstream is meant for external consumption: once it leaves Hyperfeed it becomes, for example, the data seen on the website, the source of API offerings, or an input to ML models for predicting flight ETAs. However, controlstream can only be consumed and presented to FlightAware’s customers and users in a way that respects pedigree. Respecting pedigree means that every consumer of controlstream sees only their permitted portion of the flightplan multiverse. To accomplish this, every controlstream consumer has a pedigree access-control list (PACL). For controlstream consumers without a FlightAware account, e.g., a non-logged-in user of the website, a default PACL is used that only shows publicly distributable data. Otherwise, a PACL gets assigned at FlightAware account creation time[7]. Any presentation of controlstream, then, necessitates evaluating a consumer’s PACL against the pedigree(s) of a flightplan family. Evaluation of a consumer’s PACL determines whether a flightplan family is visible, and, if so, which family member’s pedigree has the most provenances with respect to what the PACL permits.

Evaluating a PACL sounds relatively straightforward, but there is an additional wrinkle that adds complexity. A PACL does not simply contain the provenance that a controlstream consumer can see, it also supports additional constraints on any given provenance in a PACL. Namely, a specific provenance can be further limited to a restricted list of callsigns or tail numbers and airports. Furthermore, the permission to view a given provenance for a PACL can also have a date range attached to it. This allows FlightAware to express restrictions for controlstream consumers like the following: consumer U can see the Aireon spaced-based ADS-B provenance only for tail numbers verified to belong to U and only for flights starting on a specific date, or consumer X can see Eurocontrol data but only for flights originating or destined for Heathrow airport in the year 2020. Supporting these sorts of additional restrictions adds enormous power to the pedigree system of data access. This system enables FlightAware to granularly carve up the flightplan multiverse into finer-grained parallel universes tailored for very precise use cases[8]. 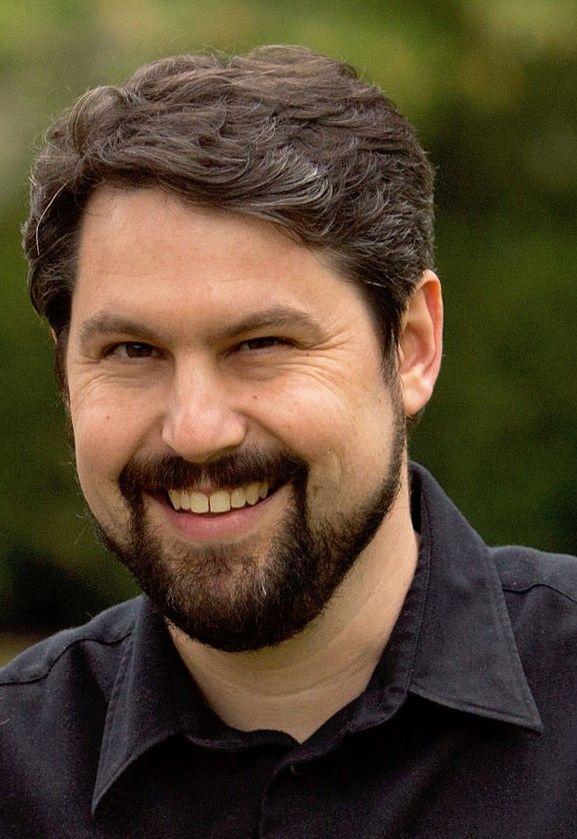 Staff Engineer, Garrett McGrath, is responsible for the performance, reliability, & observability of multi-machine Hyperfeed & an increasing constellation of services that consume Hyperfeed's output.

Each Summer during our town hall week, FlightAware engineers participate in our annual Hackathon. During the Hackathon, we take a break from our normal work to play around with technology, have some fun, compete against each other, and try to hack something amazing together.…

Taking off with Nix at FlightAware

In this blog post, we’ll provide an account of the problems that motivated FlightAware to adopt Nix and how we’ve used Nix to solve them at scale.…